I'm trying something new this spring to celebrate all things spring!

For a limited time only, Joie Studio is offering 100 1-color letterpress invitation sets (your choice of Maybelle, Gigi, Bridgeport, or your own print ready design) for $495 plus shipping and 100 2-color letterpress invitations (Antoinette, Gwendolyn, Austin, or your own print ready design) for $685.  The sets include A7 invitation, 4bar response card, outer and response envelopes.  You can customize the invites with any of the ink colors on our color chart.  I've included the design images below.

This is such a deal!  I've listed this deal on our Etsy page and in our online store but you can also email us directly for the deal.

Joie Studio will also be offering a discount on all custom wedding invitation orders through the end of April.  Mention the Spring Fling Wedding Invitation Special to get your discount!

We are here in San Francisco!  Heather and I will be bleary eyed but ready to vend at Bazaar Bizarre today and tomorrow at Booth #229 (I think).  A bonus gift! I hear the first purchase made at BazBizSF with your Square Wallet will come with $10 off a purchase of $25 or more.

OH and we have free (FREE) letterpress remnants (bookmarks, scrapbook fun?) and mention this blog post for FREE GIFT WITH PURCHASE.

OK so this is the 3rd time Joie Studio will be participating in the Los Angeles Printers Fair.  We always have a lot of fun at this event, especially since we not only sell a sampling of our letterpress papergoods, we also bring a bunch of letterpress supplies and have sort of a mini garage sale on envelopes, paper, and other doodads and knick-knacks.  So come on out to Carson on Saturday!

Say hi!  Oh, and I'll have a little gift item for you if you show me that you follow Joie Studio on Twitter or Facebook.  So easy-peasy.  Come, "like" or "follow" Joie Studio, and get a little love from us!
Posted by Tina No comments: 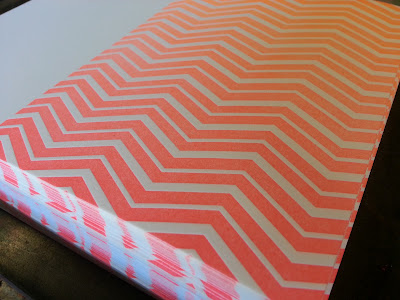 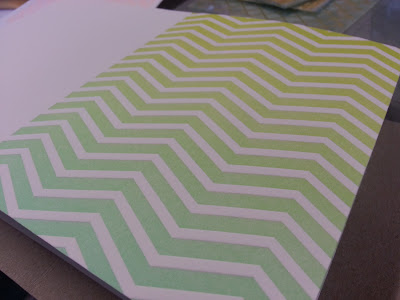 I so loved doing the split fountain the other day on the calendar cover that I decided to make them into cards.  You likey?  I likey!  Split fountain for the back pattern...next step after they dry to is to letterpress the greeting onto it.  I'm chugging along printing a bunch of new card designs.  More soon!

I had the pleasure of working with the ever wonderful Fresh Events Company on Robbi & Charles' day-of-wedding stationery, which included placecards, table cards, programs, and menus.  I almost never see the end result.  Usually the last that I see of the cards, they look something like this, spread about a work table in the studio, waiting to be packed up for delivery: 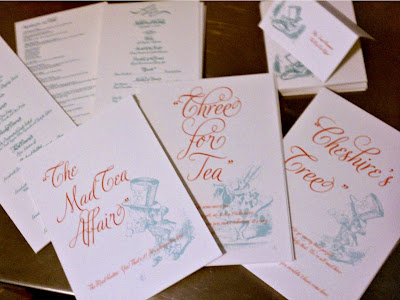 So imagine my delight when I saw this picture on Fresh Events Company's Facebook page:

Can you spot the table cards and one or two menus?

Here is a closeup of the programs, gorgeously letterpress printed if I do say so myself: 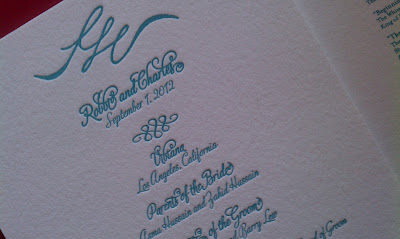 Sorry for the cell phone pictures!  One of these days I'll lug out the SLR and take better pictures!

Congratulations to Robbi & Charles!  I'm hoping that the photographer took some awesome pictures of the wedding day stationery so we can see more details!
Posted by Tina No comments: 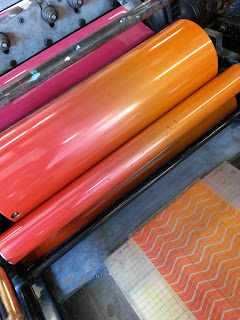 So we were printing our 2013 letterpress desk calendar and I thought the chevron pattern would look great as a split fountain.  I had fluorescent orange on the press and decided add hot pink.  I worked fast and got the whole run in with this split fountain, which I'm really happy about.  The result on the press rather reminds me of a tequila sunrise...ah delicious!  I love it so much I'm probably going to do a split fountain for two different greeting cards.  Anyhow, here's a little sneak peek of our "Bright 2013" calendar!  It'll be ready in time for the LA Printer's Fair! 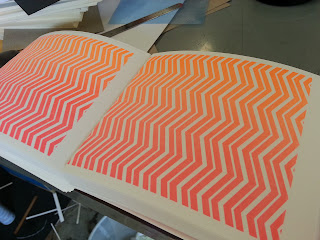 Sorry I've been away for so long! I don't know if you knew, but I was pregnant, had another sweet baby boy, and am now just returning to the wonderful world of letterpress. It's been on back-burner to share a wonderful photo shoot we had with Kristin Carlson before baby #2. I think my Joie Boy ("I'm not a baby anymore, Mommy!" he likes to say now) is one of the cutest things in this beautiful world, so how can I not be completely in love with Kristin's work when she takes a picture like this one: 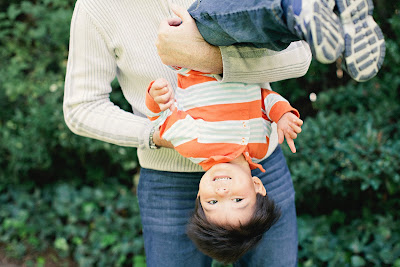 Or like the ones on her blog. She was kind enough to share with me some photos she took of Joie Studio's work, too! 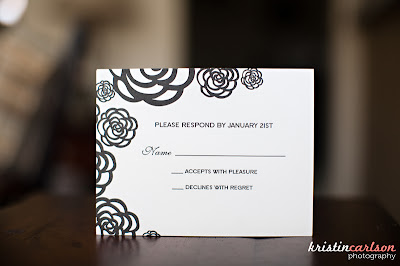 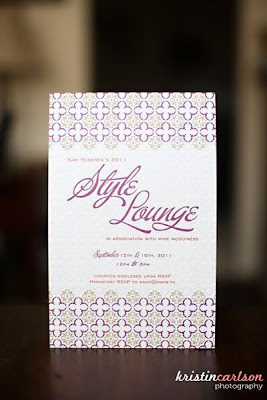 Kristin, I owe you majorly for capturing my family and my work so beautifully!
Posted by Tina No comments:

Email ThisBlogThis!Share to TwitterShare to FacebookShare to Pinterest
Labels: Photography

It's crazy here in Pasadena, California! A huge windstorm hit us Wednesday night and the studio is now almost cut off from civilization! There are chainsaws going everywhere as people try to clear the debris of fallen trees and we were unfortunate that our fences didn't hold up to the 50+ mph winds. Luckily, we're going to be at Unique LA this weekend sharing Booth #129 with the ever talented Kimiko Design (gorgeous handmade pillows people!) this weekend, not dealing with the mess and celebrating some good ole holiday cheer with locally produced goods. Come on by, pick up some letterpress gifts and goodies, including a FREE with purchase pinwheel! See you there!
Posted by Tina No comments: 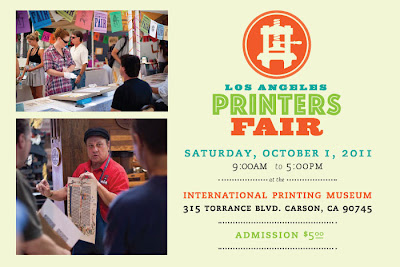 Come by and see us at the Los Angeles Printer's Fair!
Posted by Tina No comments:

A Kickstarter Project Near and Dear to My Heart 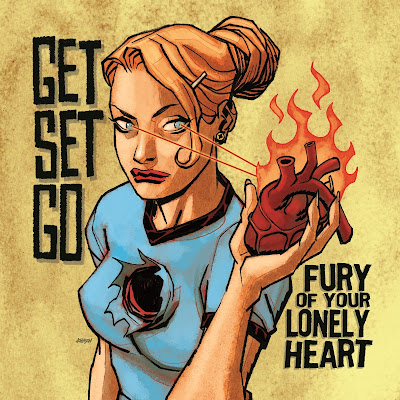 So a solid fact about me is that I am totally in love with music. Totally in love. All sorts. I print to 80's music, I sing along to 90's alternative (the songs of my youth!), I have favorite operas, I'm in love with musicals, I am moved by classical. My 2 year old son listens to hard rock and requests Radiohead. And since I have zero musical talent, I especially love my dear dear friends who can.

My friend Libbie Schrader just released a gorgeous album funded entirely by her fans. She, my friends, is a fellow Claremont alum (Pomona, I went to CMC, but whatever, 5-C solidarity), won a national song competition, went on to tour with Jewel and Poe, has had her music on TV shows, and produced this amazing new album without a label. And that's awesome.

Now my dear friend Mike TV of the band Get Set Go has started a Kickstarter project of his own. Mike TV and I were flatmates for years, and I had the pleasure of being there when he signed onto a label and put out his first CD, which is still my favorite. I was around when he wrote so many of the songs on the band's next couple releases, so many of which he practiced ad nauseum that somedays when I close my eyes I swear I still hear him singing "Suicide" in the background. One of my favorite songs in the early days was "Firetruck," and I was so thrilled for him when the show Jack & Bobby picked it up. Then, after Michael moved out, my new flatmates were watching this new show on TV when suddenly out of nowhere was Michael's voice as some young doctors were in an elevator on Grey's Anatomy. I had never watched the show and was, as you might imagine, weirded out that my friend's song was on network TV. I got the same weird jolt feeling when on Grey's Anatomy's musical episode this past season, one of Michael's songs was sung by someone that wasn't Michael. His song "Wait" was just beautiful sung by Chandra Wilson, and I excitedly called him to see how long he knew that his song was going to be a part of this major music-driven episode.

Despite all the exposure, Get Set Go isn't a commercially successful band with lots of radio play. In fact, quite the opposite. I wager most of you have never heard of them. When the goal is to make music, sometimes the dollars just don't add up. I swear that despite all the exposure his music has received over the years, Mike TV drives this beat up van and lives on peanut butter and puppy kisses and that's it. When the goal is to put as many songs out there as possible, and record labels are stuck in a business model that favors multimedia megastars, well, sometimes you just gotta ask your friends and fans for a little help to put out the music you want to put out. So, if you've never heard of Get Set Go before, check them out on their website, check out their Kickstarter campaign, and kick something down in support of indie rock music.