What is kind of fun about the National Stationery Show is getting to hang out with your stationery colleagues for the better part of a week. We bump into each other a bunch here in southern California, but it was nice to see everyone's work displayed.

First and foremost is Maginating, based in Studio City. Brad of Maginating was so so helpful in actually getting Joie Studio to the National Stationery Show. And he was right across the aisle from us, which was absolutely wonderful: 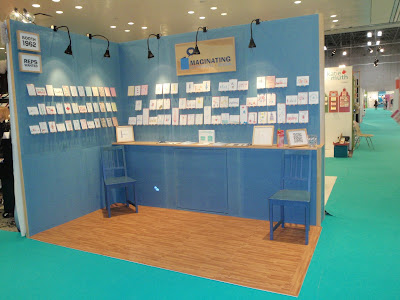 Annika from DeMilo Designs of South Pasadena was one row over from us with her eco-friendly, fair trade paper and her wonderful letterpress designs: 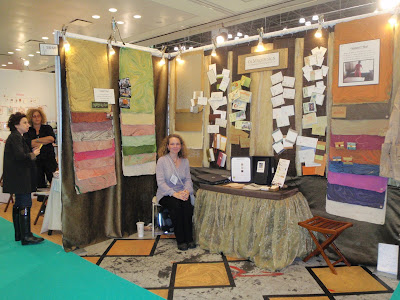 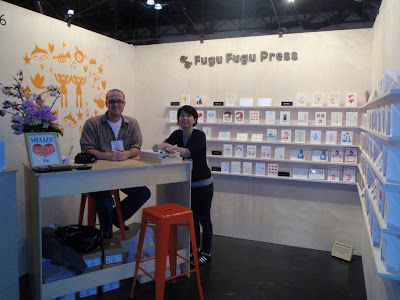 And new friend Theresa from b. t. elements, also based in Pasadena: 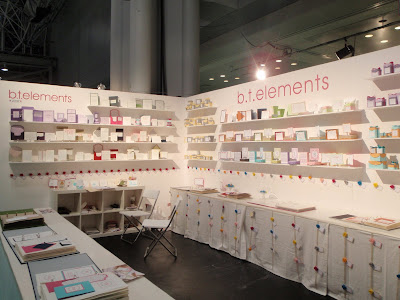 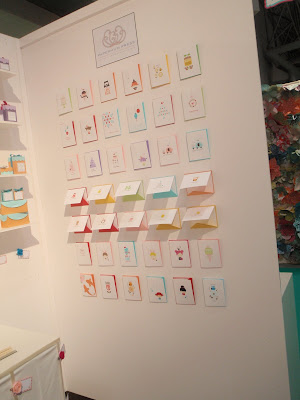 I missed taking a picture of Anemone Letterpress at the Ladies of Letterpress booth. What's kind of funny is that people kept stopping by and saying, "Wow, there are so many letterpress printers from Pasadena!" And I was just rolling with it for awhile until I realized that there were only three of us there - Joie Studio, Fugu Fugu, & Anemone. I mean, four if you count DeMilo from South Pasadena, but there were at least as many letterpress printers from Brooklyn there at NSS. Next post will be some of Joie Studio's new friends from other states at NSS.
Posted by Tina